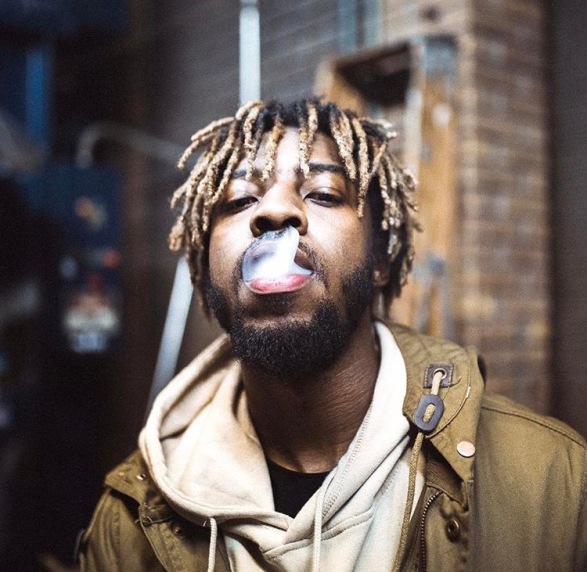 In three short phrases alone, SPZZy TURNT opens up with an intro that quickly reminds us where he hails from….Jersey.

But his birth place is not the topic of discussion in his upcoming project, “4Eva Turnt 2” dropping on April 5th. The intro, “Sacrifice” sets the tone of the entire body of work and illustrates his determination to ward off temptations and stay focused on the music.

Before he is swindled, listeners can hear the locking of an iPhone, discontinuing the jersey-lingo-filled phone call. Then the first track of the project, “Call You Back,” plays and SPZZY narrates exactly why he wasn’t up for continuing the conversation. An up-tempo, simple lyric, yet catchy track supports the title of the project and simultaneously gets SPZZY’s point blatantly across.

Quicker than expected, the second skit, “Sacrifice 2,” comes into play and much like the intro, SPZZy is on the phone but this time he is the one making the phone call. He delivers the news to his job that his father has been rushed to the hospital due to a heart attack. He then receives a phone call immediately after.

“Speaking of the damn devil. Perfect timing my guy.”

He continues on to confirm with a friend that he will be in L.A., also confirming to listeners that the heart attack excuse was just a fluke to get out of work and get to “Chasing Bags,” the title of the 5th track. Yet, another up-tempo record that easily has the ability to make its listeners want to withdraw all $52.13 from their Bank Of America account and flex.

The project takes a swift turn from getting money to getting sexy with “2AM Vibes.” A short visual was dropped earlier this year and if you need to get a feel for exactly what those vibes are then here you go. 2AM Vibes

Throughout the project, SPZZy touches on a number of things that most young people in our generation, who are not served with a silver spoon, encounter when trying to achieve their dreams and goals. It can be a pretty chaotic coaster.

In “Sacrifice 3” SPZZy plays back what may be the details of the demise of his failed relationship. In the skit, what sounds like his girlfriend is heard reproofing him for his career path.

“I’m so tired of you and this music shit. Sooner or later you gotta stop chasing this fairy tale and grow the fuck-.”

Again, the phone call is discontinued and SPZZy follows behind with one of the stronger tracks of the project, “The World.” Many may compare or describe it to a thug’s cry or a hood anthem, a melody reminiscent to a Ja-Rule hook in the early 2000s.

A few more turn up tracks like “Typical” feat. Bump Jay and “Boomin” are featured as well as tracks like “Closer” and “Day 1” featuring B – Eazyyy that may serve more for motivation.

The project finishes up with a final Sacrifice skit where his girlfriend calls back in attempts to congratulate SPZZy on his accomplishments. Staying true to one of the many running themes throughout the project, again the conversation swiftly ends before reconciliation can occur.

In its entirety, “4Eva Turnt 2” serves as a modern motivational piece encouraging those who have a dream to keep on pursuing it, exhaust all possibilities, let nothing come in your way and have a good time along the ride.
Thanks SPZZ.