The Rise and Demise of City High… 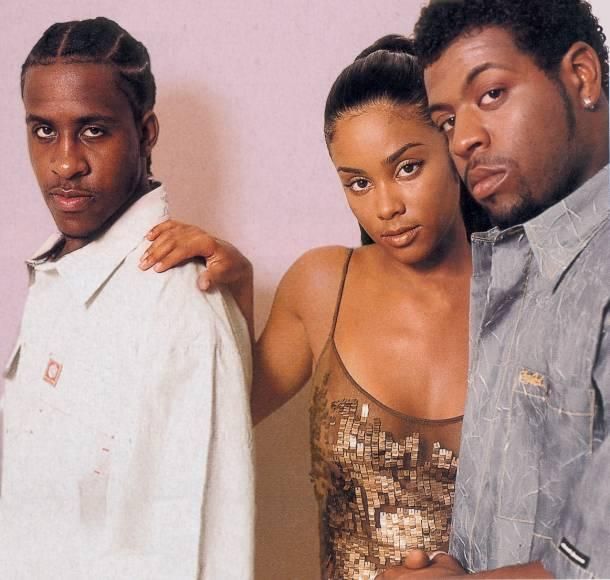 Almost 18 years later, 2001’s second most requested song is still being played and still being chanted word for word whenever the opportunity grants itself. “What would you do if your son was at home, crying all alone on the bedroom floor cause he’s hungry! and the only way to feed him is to sleep with a man for a little bit of money? And his daddys gone…..”  With this type of influence, one would think that everything the unseasoned group hailing from Willingboro, NJ  wanted was as easily attainable as they sang it to be in their following single “Brown eyes.”

“Cause everything I want I got it and everywhere I go I’m spotted..”

However, their story turned out a lot different than what most projected.

The late 90s and early 2000s had a high bar set and a certain swag and artistry had to be obtained in order to fit in amongst the crowd. City High seemed to be able to stand the competition.With the beauty and angelic voice of singer Claudette Ortiz and the notable writing capabilities of both  Ryan Toby and Robbie Pardlo, City High had the potential that most evolving groups didn’t have. Breaking out into the mainstream in 99′ after being signed to Wyclef Jean’s Booga Basement label and giving R&B the Jersey grittiness it longed for, the group gained an extreme amount of attention in a small window of time. The same amount of attention that could make anyone crumble under the spotlight. It proved to take a toll on the group’s existence and eventually contribute to its fall. Struggles with newly found fame, romance and addiction consumed the members and Robbie Pardlo took the challenges especially hard.

The youngest of two, Robbie Pardlo always struggled with behavioral issues. Once discovering that the 10 year old had a knack  for music, he was enrolled in a performing arts school where he excelled in areas of art, unlike the “traditional” route of education. Even though Robbie’s mother consumed his life with ridiculously long practices and an amount of tryouts that could equate to a full-time job, Robbie’s behavioral issues continued to follow him and by high school, he had already been drinking and smoking weed regularly.

Claudette was only 16 when she took a liking to Robbie and despite her sister’s warnings about his reputation with mood altering substances, Claudette began dating the 18 year old and with both of them sharing a love for music, together they began forming their careers as well as their relationship.

At 19, Robbie auditioned for several record executives and received 4 offers for a solo contract. His final decision was to sign with Wyclef Jean. After 6 short months he formed the group City High. Along side of him was his girlfriend Claudette and his friend Ryan Toby, the same boy who starred in “Sister Act 2″and hit one of the most iconic high notes while singing “Oh Happy Day.”

In 2001, City High’s first single “What Would You Do” reached platinum status in the UK, received a Billboard Award and a Grammy nomination. It became the 2nd most requested song of that year.

But as the world watched the young group begin to rise, the group suffered. Claudette and Robbie’s relationship was hardly harmonic and things drastically took a change for the worse. They didn’t suffer the typical struggles of inexperienced artists like shady contracts and bad business deals but the entanglement of business and pleasure took the primary role. According to Claudette, Robbie had taken on a more aggressive persona and the fame began to feed his growing ego as well as his “habits.” She claims that their relationship was filled with abuse and infidelity. In an interview with Bossip.com, she recants some of the details of their “tumultuous” relationship.

“The summer I was turning 17 Wyclef had a 4th of July BBQ at his house…there were a bunch of music industry people…I don’t recall what exactly brought it on, but he blacked out on me at the BBQ…he got in my face & started yelling “You aint sh*t, you aint ever gonna be sh*t”… & Robbie is a big guy he was so close I could feel the spit hitting me in the face. At my age I was so intimidated by that…belittling me in front of all those important people. there was another time I was confronting him about a girl & he threw a brush at me… I ducked & the brush went through his bedroom door… that’s how much force he used…If I hadn’t ducked I probably wouldn’t even be alive today. I gathered my things & started to walk home…I lived about 2 miles from Robby’s house… & that wasn’t uncommon for me to do…there were plenty of nights we’d argue or he’d pass out & I would walk home… He came out the house yelling and started beating up his car. Broke the head light, started pounding on the hood…his mother came out & called me back…I felt like since it was his mother asking me to come back in the house I should…when I got inside we all sat down to talk & she was telling me things like I shouldn’t add fuel to the fire…basically making me feel like it was my fault.”

Even though Claudette claims that she broke things off before we, the world, were introduced to them, Robbie claims that it happened later on while the group was on tour in Europe but even though they had split the group remained together. In an interview with Ebro from Hot 97’s “Ebro in the Morning”, Claudette said she couldn’t leave the group because of the responsibilities she had taken on since signing on to Wyclef’s label.

“We were in a group. I had an opportunity. I was not gonna leave that opportunity because of a ex boyfriend who was crazy… I had work to do and paper to get…”

As if things were not already assumingly awkward for all people involved, Claudette and third group member Ryan Toby grew closer, fell in love and began dating. All three members still in the group. Thus, leaving Robbie as the odd man out. Although Claudette claims that Robbie’s alcoholism was already good and prevalent, Robbie blames the split from his girlfriend and the birth of her new relationship as a huge contributor to the group’s as well as his own downfall. As things got progressively messy, Claudette and Ryan had their first child together, the group broke up in 2003, a year later Claudette and Ryan were married and Robbie moved back home to Willingboro with his parents. Just like that City High vanished from the music industry leaving just their first and only album “City High” to be remembered by.

Ryan found a bit of success and maintained some sort of hold onto the industry with writing credits on several different projects, one of which being Usher’s 2004 album, “Confessions”, but nothing comparable to his spotlight in City High or not even his role as the black conscious kid in Sister Act 2.

Years passed on and things changed. After three kids, one of which who came from Claudette during a separation period in the marriage, the couple divorced and things became difficult to manage as a single mother. In 2013, Claudette scored a role on TV One’s “R&B Divas LA” but not before she struggled heavily with finances. Since she had been in the music career since the age of  14, opening up for “The Delfonics”, Claudette was never able to obtain a resume that the corporate world would appreciate. Thus, making it difficult to obtain a stable job that would support her family. In order to be placed in housing, Claudette had to move into a shelter to prove to case workers that she had no where to live. In a final effort, she seriously considered joining the Air Force Reserve, hoping to earn a better education while having some form of employment. After the first two seasons, Claudette did not return to the show and by the end of season three the series was cancelled all together. On the other side of the world Robbie was still battling his demons.

In 2010, Robbie appeared on A&E’s “Intervention” where he and his family targeted his continued alcoholism. The amount of alcohol Robbie consumed on a day to day basis was shared with viewers. A quart of hard liquor, a six pack of malt liquor and a six pack of beer. His ability to care for his young daughter was in question and his reminiscence of the group he once belonged to was also heavily highlighted.

In a scene, he is captured sitting at the edge of the bed, belligerent, on YouTube watching old City High videos. The expression on his face seeps through his inebriation and captures the despair that he truly feels.

After the episode ended, Robbie was sent to rehab where he was said to have been able to live a sober life even after treatment. On March 5th 2015, Robbie started a GoFundMe account in charity of his music career after allegedly being robbed of all of his studio equipment. Other than the set back, Robbie is said to be doing good ..or better than before.

Ryan has been under the radar but it was last heard that he was working on a solo album. Within the last few years he has released some music on YouTube.

While doing promo for R&B Divas, Claudette mentioned in a number of interviews that she had been working on multiple acting gigs and an upcoming album. No word of either, but she has released music via YouTube as well.

None the less, City High managed to leave a small but notable indent in the industry. Not only did they give us atleast one timeless hit but they served as a reminder and lesson of just how quickly good things can come and go.

2 thoughts on “The Rise and Demise of City High…”